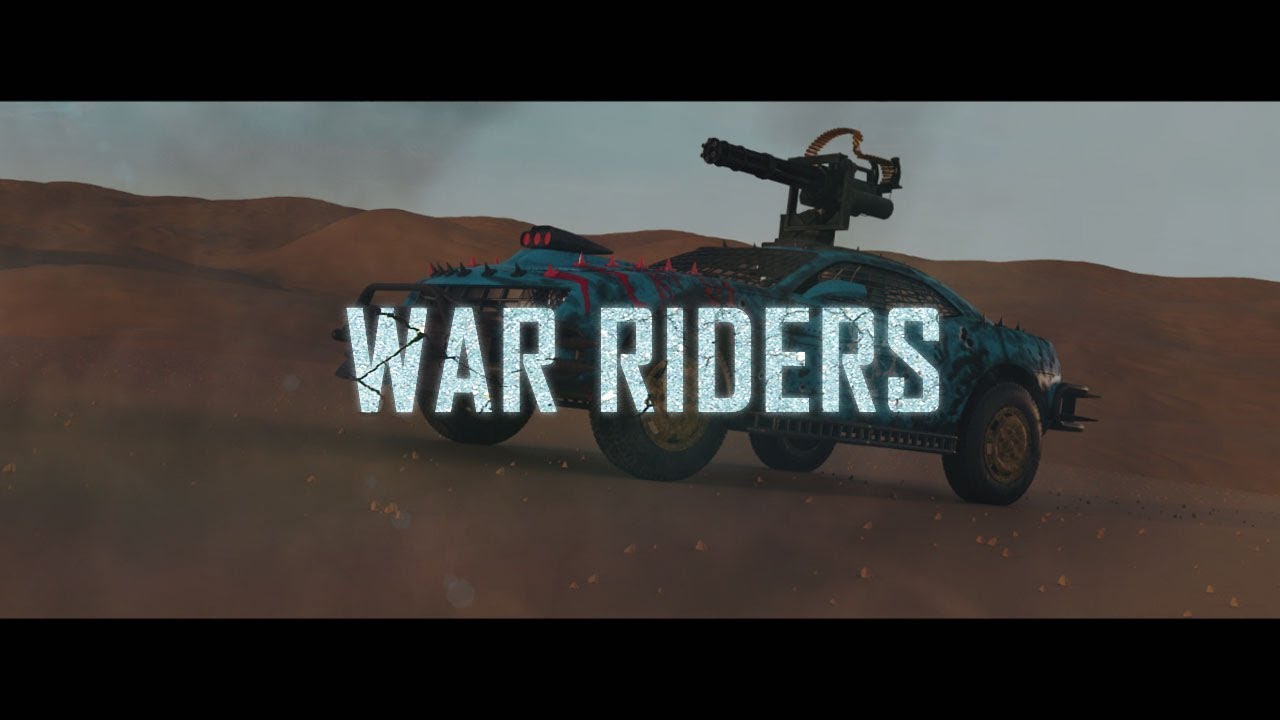 Briefly about the game

War Riders participants are invited to plunge into the post-apocalyptic world of an uncertain future on the Ethereum blockchain In this future there is nothing sacred or valuable left, all forms of money have died out, only Benzene (BZN) remains. It is the fuel for the vehicle and the only currency that players will mine as much as possible. “Mine or die”, “farm or die” – this is the motto of the game. To survive in the fictional world of Wasteland, users will have to drive around its lands, search for Benzene deposits or attack rivals in order to capture and plunder. Doesn’t it remind you of anything? Quite similar to the idea of Mad Max.

Summing up the brief description can be called War Riders post-apocalyptic massively multiplayer online strategy with elements of combat, the purpose of which is to build up capital in the in-game cryptocurrency Benzene.

To get into the game better, let’s watch the trailer.

Want to become the most powerful in the post-apocalypse? For this you will have to try hard, because players can keep an unlimited number of combat units. Each of them can be upgraded with enhanced weapons, nitro boosters, additional protection, basic accessories such as wheels, suspensions, etc. Fortunately, you can only control one unit of equipment in battle, so in battle would have to control a “pack” of off-road vehicles, as in the RTS strategies.

But that’s not all. Players will have to explore foreign territories, fighting for them, and occupy as many garages there as possible. A garage is a location on the map where military equipment must be kept safe, and garages can also be improved. In fact, the financial infusion into the game will have a significant acceleration in development, and this is definitely a disadvantage for the involvement of newcomers to the game.

Many games unite users into clans, and in War Riders this will be even more pronounced. New users will “get the worst of it” at the first attempts to get acquainted with the game. It is interesting that the developers have considered this point, and offered the function of providing protection for other players. For a fee, of course.

After the announcement of the creation of clans, in the first clan krypt1c-affl1ction scored 19 people for a couple of hours. However, later the criteria for clans were clarified, and this clan had to be divided:

The game got its start at Cartified, Inc. founded in 2015. It received funds for development from venture capital in the form of the American University Venture Fund and Entrepreneurs Roundtable Accelerator. It chose offices in Washington, D.C., and New York as its base locations.

War Riders will not conduct an ICO in the usual sense of the word, BZN tokens will not be sold. However, users can pre-order vehicles by paying for the purchase in ETH, and depending on the time of purchase, a unit may have its BZN tank filled. Benzene extraction will only take place in-game, the most accessible way to obtain them will be by moving around Wasteland on a guide map, restocking tokens at each marked point . Basic vehicles and accessories, garages, and weapons are purchased for ETH. BZN tokens will be needed for players to purchase improved weapons, garage upgrades, nitro boosters, and defense.

The team tokens are in a forced lok, so the conditions of the basic economy are met.

The team will make its own internal marketplace for buying/selling goods for BZN, and will also use the connections with its partners to create liquid markets outside of the game ecosystem.

The War Riders team has thought of a deflationary model for token issuance, which is great – anything that is not inflationary has a better chance of creating demand a priori.
The total number of all tokens is 100 million BZN, of which 20% belong to the team, 5% to the advisors. The remaining 75% will be mined by users within the game. Each transaction (buying or selling for BZN) burns 30% of that value from a fund of 75 million tokens.

Understanding this mechanism will incentivize players to get into the early start of the game so that fighting for Benzene is less competitive than during the influx of the main audience.

There are only three phases of pre-orders for transport vehicles – Premium, Mid-Grade, and Regular.

The official sales launch was announced on August 20, 2018. Since that period and as of the date of this article’s creation (January 23, 2019), the sale is still open. Distinctive features of purchasing vehicles during this period include access to alpha testing and filling the Benzene tank to full (depending on the tank capacity, you roughly get from 150 to 450 BZN, in terms of US dollars – $75 – $225).

This is the range we would have seen if we had been a little quicker:

Lambo and tanks were more popular than the others, and they are no longer available. I could not find these models neither in the auction sections, nor in the sale of sets of several cars. It turns out that new users will be able to buy them only with the opening of the marketplace or in the over-the-counter auctions.

Currently only SUV (SUV Kit), War Truck (War Truck Kit) and Hovercraft (Hovercraft Kit) are available for purchase, as well as variants of these models in sets of 4 to 6 on the OpenSea Marketplace. Earlier models were, but already sold out with changes in coloring and specifications. For example, gold, platinum or palladium tracks were sold, or the fastest in their classes cushion boats “from the founders” (Founders Hovercraft bundle).

There is very little information on Mid-Grade and Regular phase sales, as the developer is trying to protect itself from copying ideas and technology. Only 2 of the 6 models of future releases are known.

Buying a car the user will not know in advance the exact specifications of speed, tank capacity, etc., because after the purchase the car is completed on the fly, the element of chance is present. Only the type will be known – SUV, boat or lambo.

What can be changed in the game

Players will be able to customize colors, body parts, wheels, weapons, install additional equipment and brand equipment. According to the developers (Cryptogamer agrees in this aspect), this functionality will attract additional profits for streamers through advertising.

Changing the visual component in the game is an important aspect for gameplay, and it will be available throughout the game.

Let’s try to describe as clearly as possible each step for buying War Riders tech. First of all, all purchases on the site are made for the cryptocurrency ETH. So the first thing you need to do is to prepare it, and then follow the list:

On the last step before buying it is worth checking the total amount, the price of the transfer fee and the total cost of the purchase together with the gas fee

Earnings in the game

As the cherry on the cake, we suggest watching the previews from the pre-alpha tests of Wak Riders.