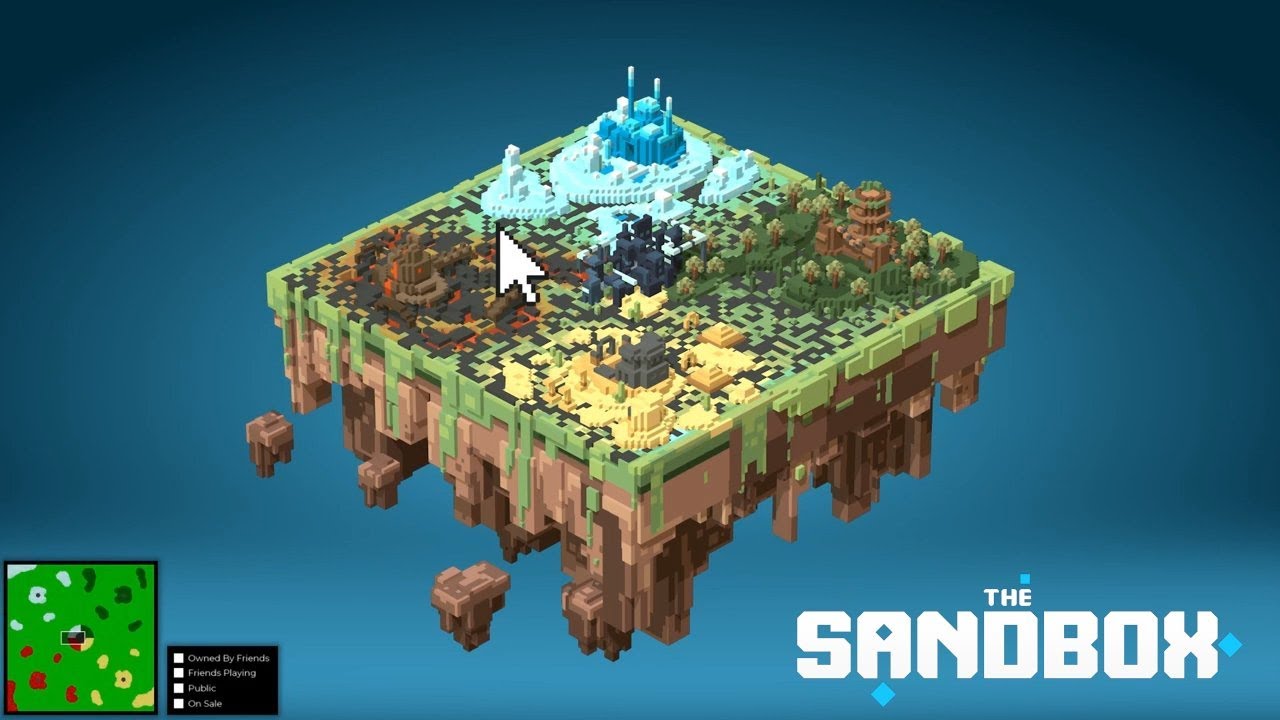 Let’s start our review of the game with a definition, The Sandbox is a sandbox game, implemented on blockchain and with its own marketplace. The Sandbox is an analogue of Minecraft, the most famous game in its genre. When forming the concept of the game the developers of The Sandbox prioritized their game as precisely as possible, even naming it after the name of the genre (Sandbox means “sandbox” in English).

To understand the potential of The Sandbox and to make a quality review, let’s look at the main, so far unattainable competitor – Minecraft. Why has this game burst into the top and stayed there for years?

First of all, players liked the idea. In short, users are given a three-dimensional game world consisting of blocks. These blocks players are free to rebuild as much as their imagination is limitless. To start building your own world within the game, we have to destroy existing, already generated blocks, that is naimainit (from Mine – “mine”) resources in the form of woods, metal ores and other elements. From the accumulated material you can then form new blocks, craft. In other words, Minecraft – a huge virtual constructor with a non-linear storyline, which has no limits on the flight of fancy.

Players also liked the “primitiveness” of the game, allowing it to run on any, even a completely non-gaming computer, and on game consoles such as Xbox, PlayStation, Nintendo, Wii U and others. Then joined iOS devices, Android, Windows Phone, Kindle Fire and many others.

The third factor in popularity and demand was the “survival”, “creativity”, and “hardcore” game modes. If “survival” and “hardcore” have the same meaning – to stay alive, but in the second scenario the player has only one life, the “creativity” gives the user unlimited opportunities to create exclusive skins, textures and entire worlds.
Minecraft is now one of the best-selling games in history, ranking second only to Tetris.

Description of The Sandbox

Let’s finish with the Minecraft eulogies. Today’s review hero is The Sandbox. The idea of the game is the same as Minecraft, but the concept is enhanced by blockchain and an internal marketplace for goods.

Why does Minecraft need a blockchain, you may ask?

This will further encourage people to create Sandbox worlds and fill them with creative objects. Players will create amazing things, such as landscapes with natural disasters; autonomous characters and interactive elements – water, metals, electricity; or even full arcade game levels with controllable characters and multiple play styles.
Every world and game created on this platform will be owned by the creator. This will be achievable through the introduction of NFT tokens into the ecosystem.

Multiplayer is available in the game, players will be able to create maps, mazes, puzzles and invite friends into their world.

There are 13 team members and another 11 advisors on the site. The creators of sandbox are not new to the gaming industry. Founded in 2011, the studio Pixowl Inc. – a successful startup that has been working on a 2D game similar to The Sandbox – Sandbox Evolution – since 2013. The game is quite popular on mobile platforms.

More than 500 player-created items are available in the library.

About 10 million games have been created by players.

Other less popular games by the Pixowl team have an average of 1,000,000 downloads and lukewarm player reviews (often rated 4+ on a five-point scale).

The Sandbox ecosystem will feature the ERC-20 standard utility token – SAND. First of all, the token will become the basis for payments on the Marketplace, allowing creators to sell and exchange items and “Boxes”.

A Box (from THE BOX) is a limited-quantity card area measuring two square kilometers. They are also NFT tokens of the ERC-1155 standard with a different gene value, which starts at zero Gen[0]. The lower the Gen[0], the higher the percentage of sales profit the content creator will receive. For example, Gen[0] will give the creator 100% of the revenue, while subsequent genes will give exponentially lower percentages. The market will determine the real value of these “Boxes,” and, according to developers, as time goes on, more and more content creators will seek out early Gen[0] territories so they don’t lose a profit percentage. The SAND token also gives players access to any special features or content on the Boxes through microtransactions or subscriptions.

By posting your creations on the Marketplace you will earn every time someone decides to use your object in their game. You can also earn SAND tokens by beating games created by other people or by selling admission tickets to your world.

As we said before, Sandbox started its way back in 2011, and was successfully implemented in the traditional market. The world learned about the developers’ desire to move the game to blockchain at the Pocket Gamer Connect conference in May 2018, and the ICO in particular, the stage of private sales started in October of the same year.

In late 2018 and early 2019, the team led by Arthur Madrid released some important news:

To wrap up the review of The Sandbox game, I would like to predict the potential earning potential. If you’ve played Minecraft, it’s probably not a mistake to transfer all kinds of earnings from there to Sandbox. Let’s highlight the most obvious ones: