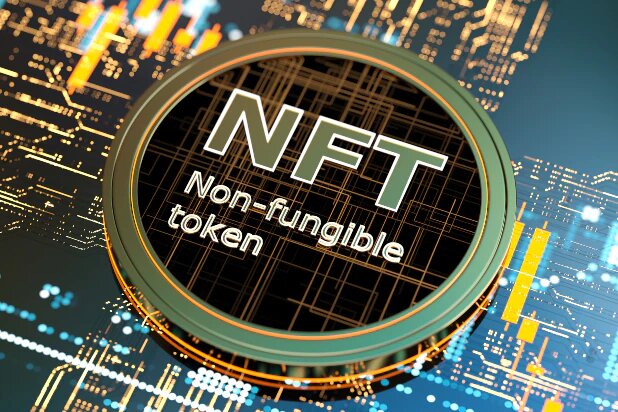 When you started studying information about cryptocurrencies and blockchain in 2018, most likely you often came across phrases like these: “cryptocurrency kittens put the net down,” “some kittens caused the second cryptocurrency to fall. But most of us didn’t go into the details of these very kittens, we were just content with the fact that this is some kind of blockchainEthereum toy, and people are shelling out colossal sums for the characters of this game. And that was it, no one knew anything else.

But the mission of this article will not be a narrative about cryptocurrencies, for us it is more important the technology on which this game is based. The Cryptogamer team has prepared a special material and will try to explain everything very simply. We hope that after reading the article you will be as impressed with the possibilities as we are!

What are Non-fungible tokens?

Substitutability refers to the ability of something (an object, a resource) to be replaced by another identical thing.

The concept of NFT is simple to explain with examples from our everyday life. For example, imagine the production of flour products. During a shift, 500 kg of gingerbread is produced, if we take 2 kg of gingerbread and put 1 kg each into two baskets, then these baskets will represent the same value. By replacing the contents of the baskets with other gingerbread of the same batch, we will not notice the difference. Moreover, if we put our 2 kg back into the total mass of gingerbread, it will be impossible to distinguish their belonging to any group. This is the property of substitutability. Another prime example of a substitutable token is the US dollar. The U.S. dollar is interchangeable and at the same time is not unique. When we receive a one dollar bill, we don’t care who owned it before, we can still buy a certain amount of goods with that amount. Most cryptocurrencies fall into this category because they strive to achieve the property of interchangeability, and for the token to become a medium of exchange, a unit of account, a custodian of value, etc. This includes interchangeability inherent in Bitcoin and Ethereum. The issue of substitutability of a particular cryptocurrency can be controversial if the transaction history can be traced and the coins themselves are linked to illegal activity. In that case, the value of the asset may be valued below or above its face value, depending on further events.

Now, let’s look at the next example – a movie ticket. Alyona and Denis each have a movie ticket, Alyona will go to the melodrama at noon and Denis will go to the last part of Harry Potter at nine o’clock in the evening. They both have a movie ticket, so by swapping them, the guys will stay in the same conditions as before the swap, right? Of course not, that’s obvious. The latest Harry Potter series is head and shoulders above any melodrama, but that’s not the only thing that makes a single ticket worthwhile. Different show times, different seating arrangements, the cost of a ticket at the box office, and the location of the theaters, after all.

NFT is a digital manifestation of things like movie tickets.

What are the advantages of NFT tokens?

First, by creating an exclusive scarce data set (our NFT), we eliminate the need for some centralized party to examine the token, assessing its authenticity, creation time and other parameters. This function has already been taken over by blockchain.

In the current reality, with the rather slow speed of development of blockchain technology, there are not many obvious examples of the need to use NFT, but the Cryptogamer team is confident that this technology can become a breakthrough in the near future and will try to breathe new life into the Ethereum network.
We do manage to give some examples. The first is collecting, from digitized antiques (stamps, baseball cards, letters from presidents, and more) to modern art. More and more artists, writers and creators in other genres are “patenting” their works in blockchain, which gives them maneuverability in management and also reduces the cost of monetization. NFT in the world of, say, music could radically overturn the way we look at protecting an artist’s rights.

The second example is crazier, but has the right to exist – it is the identification of an individual, namely the verification of the right of ownership of some property. Both movable and immovable property (houses, cars, TV and so on) can be issued in the form of a token.

Secondly, NFT tokens are already extremely necessary for the gaming industry. Why do we think so? Because with the help of NFT it will be possible to use the following cool features in games:

How is everything implemented? ERC standards

The more often you look at cryptocurrencies, the more often you come across the acronym ERC (Ethereum Request for Comments). The most used standards of all are ERC-20 and ERC-721. ERC-20, in particular, stands for the technical standard used for smart contracts in the Ethereum blockchain, where the number 20 is the number assigned to this request.

Here and now we are interested in the ERC-721 standard. It defines the minimum interface needed for a smart contract to be comparable to managing, owning and selling unique tokens.

Other standards related to NFT include ERC-875, ERC-821 and ERC-1155. 825 is relatively new and is designed to transfer multiple irreplaceable tokens in a single transaction. 821 offers the use of human familiar names, logos and symbols in token metadata.

Standard 1155, developed by the Enjin project, solves the problems of the 721 format by allowing a large number of tokens to be issued and sent at once. If you want to send twenty new skins to someone, you can do it in a single transaction. At the moment, this is a huge advantage of the standard ERC-1155 has not yet considered most developers, and therefore the standard is very far from the mass use compared to the same 721-m.

In that game we were given a virtual pet, and we watched its life from birth to death, helping it cope with illness, hunger, and thirst. In other words, we fed it, cleaned it, and did other support work. In Cryptocats we are given a virtual pet, we don’t have to clean up after it, but it can be bred and sold. It is cats are considered by many to be the pioneers who applied ERC-721, but do not forget that the developers of the game just used the existing technology, and invented it Dieter Shirley. But the fact remains that cryptocurrencies stirred up December 2017. On December 2 of that year, a new hybrid collectible game and marketplace managed to make about $117,000 for the sale of the most expensive cat, it was the very first kitty, the so-called Genesis. The game went over well and attracted considerable attention from the cryptocommunity despite the fact that the market was in a phase of exponential growth at the time (cryptocurrency prices were skyrocketing). Since that time, the average number of users of the game decreased dozens of times, but until now SEALs are constantly in the top in terms of DAU (average daily number of participants) in various charts.

This is an electronic world in which there are a limited number of land parcels. These lands can be built up with 2D/3D models, which essentially gives a flight of fancy for content developers. Each land is an NFT token, and can be sold at any time through the built-in market. The idea has no limits, any participant can build some semblance of his own world, someone will simulate the exhibition of paintings in the Kremlin building, someone will open a living room in a building shaped like the moon.

On Wikipedia you can find another project working with ERC-721 – WePower, but this is not true, they have not implemented ERC-721 as a technology. The original plan was to use an irreplaceable token for green energy auction winners. Implementing this business model probably won’t be difficult, it’s just that the developers decided to go a different way.

NFT is still an extremely young technology. The entire ecosystem of developers and users has a lot of work to do to make this idea go mainstream and take root. The two main problems we face with unique tokens are the lack of user-friendly interfaces for dealing with them, which confuses new users during the purchase/sale of an asset. The second problem is the limited scalability of the blockchain, and hence the resulting problems in the number of supported transactions per second in a particular decentralized application.

Right now, only early adopters and speculators use blockchain applications. Our mission is to lower the barrier of entry to both blockchain technology and NFT.
As a final remark, indivisible tokens are an exciting new idea, most likely the best applications haven’t even been invented yet. I would love to see how NFT tokens will be used in the context of the gaming industry to create a new level of player interaction in multiplayer games.